In the time of 1950s, Cyber word used to refer to Cybernetics – The technology of understanding the control and movement of machines and animals.  But today, the term is almost exclusively used to describe cyber security matters. Because it’s hard to visualize how digital signals traveling across a wire can represent a harmful digital attack, we’ve taken to visualizing the digital phenomenon as a physical one.

A cyber security threat is an attack that is mounted against us by means of cyberspace. Cyberspace, a virtual space in the digital device or system that doesn’t exist, has become the metaphor to help us understand digital weaponry that intends to harm us. 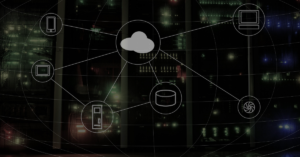 As noted the evolving threats to Canada’s cyber network, the government of Canada has outlined a robust plan to make top level security to address the risks to the Canadian government and its business owners from the cyber attacks, and cyber crime. Most parts of Canada cyber security strategy are focused at protecting confidential information of government, business owners and critical infrastructure, but the plan does directly affect ordinary Canadians through a series of specific security measures designed to make Canadians more secure online. In particular, the government of Canada has concerned itself with what ordinary Canadians worry about most: the security of their sensitive personal and confidential business information.

The National Cyber Security strategy of Canada recognizes that each Canadian has a significant role to play in protecting themselves from becoming the victim of cyber threat. As such, much of the government’s initiative is aimed at Canadian centre for cyber security to educating citizens on the most critical cyber security practices, frequently changing key passwords, including keeping antivirus protection up-to-date and only using secured wireless networks. The government of Canada is also trying to increase general awareness of the types of cyber threats that common online crimes generally present.

Risks are usually confused with cyber threats. However, there is a subtle difference between the cyber threats and cyber risks. On the other hand, cyber security risk refers to a combination of a cyber threat probability and loss/impact.

The following are some of the cyber threats or risks that you should watch out for.

As cloud data storage is very popular and rapidly increasing in present time. Many businesses follow traditional methods of data storage, while some are transferring their data to the cloud. Breaches can occur due to lack of security on the local network, vulnerabilities in unpatched OS or 3rd-party apps locally, or on the cloud by having an insecure setup or an insecure cloud provider.

Sometimes important data may get lost due to various reasons. The reason behind loss of sensitive data may be through deletion, alteration and use of an unreliable, insecure storage medium. Such type of breach may have serious implications on the business. For example, it can spoil the reputation of a business, cause a loss of customers, and drain your finances. To prevent that kind of cyber threat, you need to ensure that a robust backup system exists and is regularly monitored and tested.

Internet of Things (IoT) technologies connect to networks and devices across the world. IoT is very popular, and its popularity continues to grow in present time. But with all of this enhanced connectivity and convenience comes big security risks. Many of the reasons that insecure IoT are some of the biggest cyber security threats to small businesses are a bad original design of the IoT device, making it insecure from the outset; improper setup and/or low-security password being chosen; or neglecting to maintain and patch the device (either by the user or manufacturer), thus leaving it vulnerable to discovered vulnerabilities. This is a high concern because the IoT devices are behind the firewall, and allow a hacker a vector of ingress to bypass the firewall’s protection. This threat affects companies and organizations across just about every industry.

A malware or ransomware attack refers to the activity when cybercriminals create malicious software that’s installed on owner’s device or system without their knowledge to gain access to personal information or to damage the system, usually for financial gain. There are many causes of these attacks from cyber criminals. Some common reasons are behind these attacks, the use of many free software programs, removable media, and not having an internet security software program in place, incorrect permissions set up for users or a user being tricked into running a malicious piece of code by a website or through email. To prevent this, software updates are important because they repair security holes that have been discovered on a regular basis; security programs which would detect the software being launched and block it; user education; as well as a robust backup system that can withstand and rapidly reverse any damage done by an attack that does commence, without having to pay a ransom or experiencing lengthy downtime.

Whether with intent or without malice, insider threats are some of the biggest threats to cyber security. Most of the businesses continue to face insider threat as a major form of cyber security breaches. The users in organizations are typically the weak link. On the other hand, a cyber attack or data breach can occur simply because of human error or a lack of cyber security awareness — such as using easy-to-guess passwords or falling prey to phishing emails. The best solution for this problem is educating the staff on cyber security measures, monitoring their activities, and testing.

Having up-to-date security systems that can detect these attacks is important, as the human factor often fails in this regard.  These security systems are not fool-proof, as some of the attacks are “zero-day” attacks (meaning that they have not been previously-detected), which is when the third layer, a robust backup system, comes into play.

Hacking has been a long term concern for many years. The trend may not change anytime soon, so how can business owner employ cyber security measures to minimize the cyber threat? As the Internet of Things technologies takes over in present time, and due to more weak points in complex computer systems, the systems that a hacker can attack in each organization increases. Since hacking is usually caused by sharing credentials or having weak credentials, an organization needs to make sure that it has a good password policy in place, as well as educating users to not share their passwords.

Are you concerned that your business is not secure from the cyber attacks? Our expert at Eyes Everywhere, have experience in analyzing and implementing robust security plans, from prevention all the way to mitigation, to protect our client’s critical information. Contact us Eyes Everywhere today to secure your systems and reduce your risk from cyber security threat.